In 2015, seemingly fewer elections that are ponderable will be held than last year. For sure there will be no Elections to European Parliament, mid-term Elections in the United States and General Elections in Ukraine (at least, it is not scheduled). However, there have never been uninteresting years in respect to the elections held across the world; more often the elections dates are suddenly announced, as it was a case a year ago in Ukraine. I would like to highlight, to my opinion, the list of most important elections of this year out of those that are already scheduled.

1. Elections to the House of Commons of Great Britain on May 7

In my opinion, this is the most important event in the entire EU and around the world. Firstly, UK is the largest European country among those that will hold elections in 2015. Secondly, the rates will be very high for the entire European Union. The Prime Minister David Cameron has made it clear that if the Conservatives win the elections for the second time, UK will hold a referendum on leaving the EU by 2017. At the same time he promises to call for voting against it and claims that he only wants to influence the EU reform and renegotiate the membership conditions. However, such threats are very dangerous, according to polls there are more supporters of leaving the EU than the opponents to such a radical step. The referendum could invoke the biggest political and institutional crisis in EU history. However, at the moment the outcome of the elections is completely unpredictable. The Conservatives are going head to head with the Labour Party what under fully majoritarian electoral system further complicates the forecasts. In addition, for the first time the Independence Party may achieve good results in the upcoming elections, moreover it is capable of pushing forward its candidates. There is a direct correlation in respect to the electorate of the Independence Party and the Conservatives; perhaps the last minute decision of moderate eurosceptic voters at the disputed districts will determine who will get more votes – the Conservatives or the Labourists. However, it still does not guarantee the majority of seats in the House of Commons. It is very likely that for the second time in a row a «hung» parliament will occur. This will result in talks on forming a coalition or an extremely unstable minority government might be formed, what almost certainly soon would lead to eventual early elections. Moreover the disastrous performance of Liberal Democrats in the elections could be foreseen, although their extremely low rating does not signify a cessation of representation in the House of Commons. In some constituencies where the party has strong support, they are still able to win, and if the «hung» parliament occurs, the position of the Liberal Democrats on forming a government can be decisive. 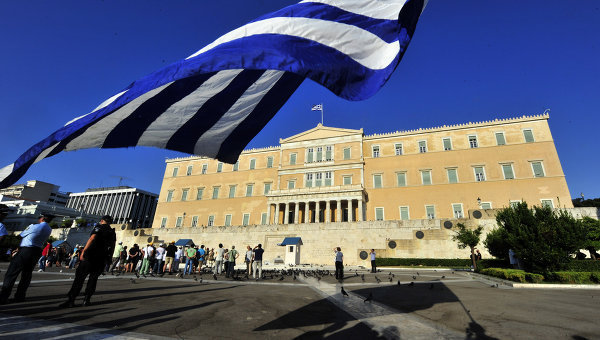 The entire Europe will follow another important event. Just before 2015, the Parliament failed to elect a President in third attempt and it was dissolved. According to polls, the coalition of the Radical Left forces is a few percent ahead of the ruling ‘New Democracy’ that has almost half out of 300 seats in the Parliament, including 50 bonus seats as the winning party. If the radical left resulted in more than 150 seats, it could form their own government and then elect the President (according to the law, after the early elections 151 votes are sufficient enough). In this case, we can expect major changes in Greece politics: at least a revision of all the conditions for fianancial assistance or even exiting from the eurozone. However it is also quite possible that despite of the victory, the readcal left will not manage to gain control over the Parliament and a month later another early elections are held.

3. Parliamentary Elections in Spain in December 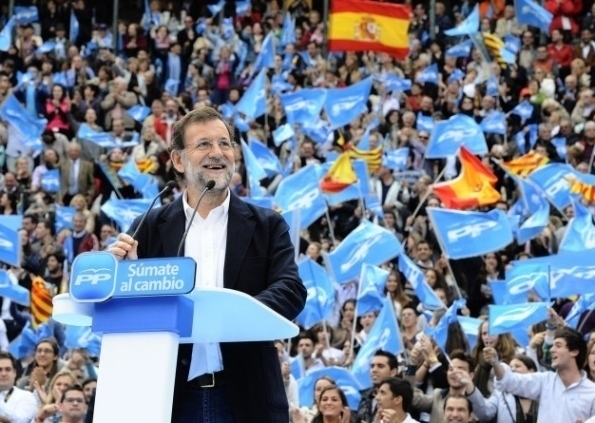 Another significant event that can have a great impact will take place. Currently a new ultra-left Spanish party ‘Pademos’ has a great support; some polls refer to almost 30% support rating ensuring a top position of the party! If the party wins the elections, the situation might be worce than in Greece, as Spain is much more ponderable in the EU. However, ‘Podemos’ unlikely succeeds to form a government, as it certainly will not secure the majority of seats in the Parliament. The political crisis and attempts to form a coalition shall not be excluded. Certainly we can assume that the two-party domination of the People’s Party and the Socialists is over. 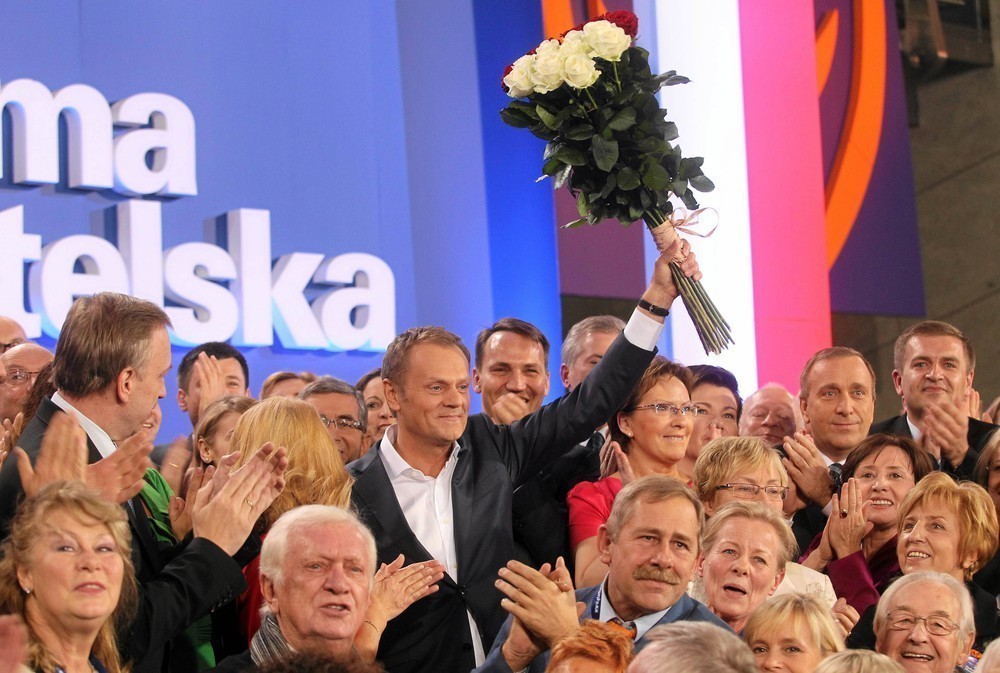 In May, the Presidential Elections will be held in Poland, but it is less important and interesting than the Elections to the Sejm and the Senate scheduled for October. The President Bronislaw Komorowski is likely to be re-elected for a second term without any difficulties. However at the moment the results of Parliamentary Elections seem to be more unpredictable. According to the polls, currently the ruling ‘Civic Platform’ and the opposition party ‘Law and Justice’ are right on par and periodically the first place is taken by one or the other party. If the opposition wins the elections and Jaroslaw Kaczynski will once again hold the office of Prime Minister, it can seriously aggravate the foreign policy of Poland in respect to Russia, as well as the EU. The potential coalition of ‘Law and Justice’ and the radical party ‘Congress of the New Right’ may cause serious challenges. 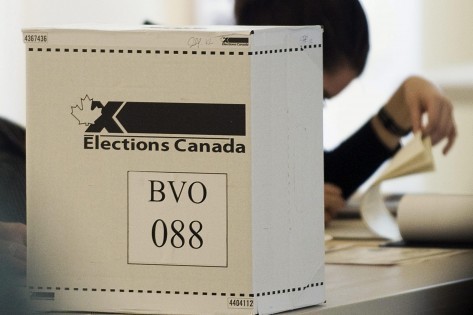 The Conservative incumbent Prime Minister of Canada Stephen Harper has been holding the office for 9 years. During this time he has been twice re-elected and the last victory was the most convincing, as for the first time his party gained a majority in the Parliament. Canada’s foreign policy under Harper’s tenure in many aspects is one of the most consistent and toughest ones among the Western countries, for this reason some respect him, while others criticize. The Liberal Party of Canada, led by the young leader Justin Trudeau actually intends to take revenge for the severe defeat and to resume power. For a long time the Liberals were surely leading the polls and the outcome of the next elections was almost obvious. However, Trudeau’s controversial statements on foreign policy that were contrary to a consistent policy of Canada drew criticism even of his own party. Perhaps this is the reason why the Conservatives managed to catch up with the Liberals, therefore now it is much more difficult to predict the outcomes of the elections, when still more than 9 months left until the Election Day. The New Democratic Party should not be written off, as in the last elections it won the sensational second place.

6. Parliamentary Elections in Venezuela in December 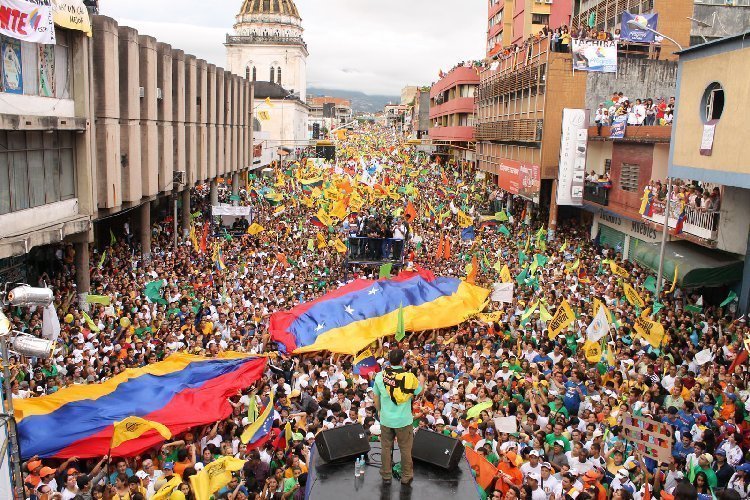 Due to the deepest economic crisis, the decline in the President Maduro support rating has already doubled; according to the polls, less than a quarter of the population supports him. If Presidential Elections were held today, the heir of Chavez would have almost no chance to win against the opposition. However if nothing extraordinary happens, the Presidential Elections will be held not earlier than 2018; the Parliament will be elected after that. Moreover the bloc of opposition parties must win a landslide victory. If this happens, the consequences could have impact on the entire Latin America.

7. Parliamentary Elections in Denmark in September 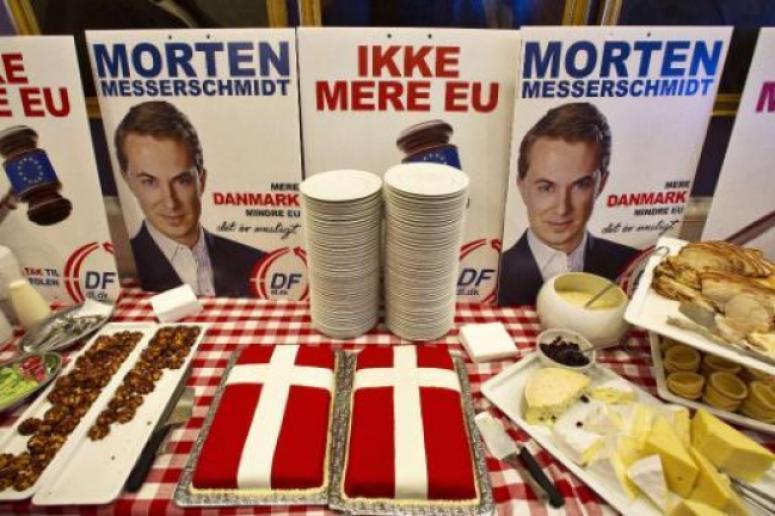 Yet other extremely tense and acute elections will be held in Denmark. The victory of the Danish People’s Party would have the greatest impact; it has already won the Elections to European Parliament. Nevertheless the national elections are much more important and a success of the party, which is usually referred to as the ultra-right, will certainly invoke heated debate in Europe. However, the party would not obtain a position of Prime Minister, even the party won the elections. Most likely it would be supported by the right-liberal party ‘Venstre’ chaired by Lars Løkke Rasmussen, who took over the office of Prime Minister from Anders Fogh Rasmussen as he resigned due to his appointment to the post of the Secretary General of NATO. In the greatest years ‘Venstre’ won elections for three times and formed a minority government with the Conservative People’s Party. Danish People’s Party supported the coalition, though refrained from joining it, however the party had prominent influence over the government. However, in case of a great success this time, the requirements will be raised. One can say that the current left-wing coalition of Social Democrats and Social Liberals will certainly be defeated.

8. Presidential Elections in Belarus on 15 November 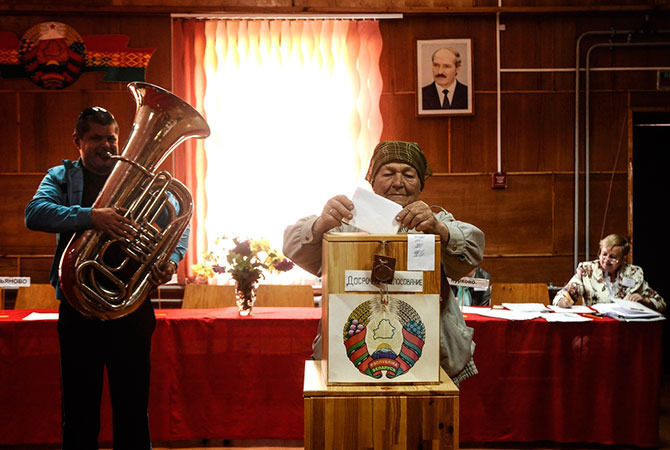 This event cannot be considered in terms of ordinary elections, as it simply does not exist in Belarus. We can only guess whether someone from the opposition is allowed to run for the election, weather Lukashenko will falsify the results, or simply fabricate it. If something plays an important role in the ‘elections’ that are only the external factors, but certainly not the internal political processes.

In April 2015, the Parliamentary Elections will be held in Finland, where it is almost obvious that the opposition wins. On 1 March, the Estonia’s ruling party will have to make every effort to keep its position. Israeli Elections that are scheduled for March 17 shall look like an exciting thriller with a possible unexpected end. However no one should wait for something interesting in respect to the Parliamentary Elections in Turkey and Switzerland. The very first election of this year will be held on January 11. The second round of the Presidential Elections is held in Croatia. The incumbent Head of State Ivo Josipovic and the candidate of the opposition Croatian Democratic Union Kolinda Grabar-Kitarovic are almost right on par in chances to win the elections.